For years I have battled with my weight and being short (I am 5 foot 0.63 inches tall). When I carry extra weight I feel like a blimp. In my teens I was relatively trim, but as youth slowly slips away in comes that extra padding…. at 23 years old, I was 73KGs on my wedding day in November 2004. Then suddenly in the space of a year in 2006 I suddenly weighed 50KGs. I was diagnosed with Hyperthyroidism (an over-active thyroid) and was told by the doctor that this was the reason we had been unable to conceive and that although I looked great that it was slowly killing me. I had to have an operation in order to remove my Thyroid.

Once I had the operation the Doctor told me not to fall pregnant within the next 18 months as it would be detrimental to my health. Within 6 months I fell pregnant and miscarried at 8 weeks, and so started my downward spiral.

I started eating as a comfort. I fell pregnant again 6 months later and had a healthy pregnancy. My eldest daughter was born in September 2008, I found out I was pregnant again when she was 10 months old my second daughter was born in April 2010.  I yo-yo dieted for year, trying anything and everything to try and lose the weight, but I never had any support from anyone and so never succeeded. My husband at the time would say to me repeatedly, you are ugly, fat and disgusting, and to me it would ring true . Why would anyone see anything other than what I saw in the mirror daily, which started a horrible trend he would say something and I would take all of what he said to me as gospel. My weight would go down only to come up again as I could never stick with anything.  My weight would remain in above 70 kgs no matter what I did.

Then tragedy struck my home, I discovered after being married for 12 years that my husband was having an affair, I later found out it wasn’t the first. I was suddenly alone raising my two girls and feeling terrible and I think,in complete shock. This was in 2016, I tried (and failed) to diet and I went on so many kinds of shakes and pills, but nothing worked. At my lowest emotionally I climbed on the scale only to discover that I weighed 83kgs!

A friend at church had been on Lifeline and through her I discovered the Lifeline Facebook group.  At first I thought it was like all the other weight-loss gimmicks. But it wasn’t , it was truly my Lifeline, I had already done a lot of work on my emotional state but what I have found in lifeline has been truly life saving.  I did my first Fun Weight-loss Challenge in October 2018 I lost 4 kgs on that. I did my second fun weight-loss challenge in February this year and lost a further 4 kgs.

So instead of sleeping in now, I get up at 4am to do my workouts, for me not for anyone else, I have found with this group of fabulous women that there is motivation and inspiration everywhere.

Since being with Lifeline I feel like someone who has risen above her past, I am not only a survivor I am a Victor! The change in me has not only been physical but also a mental and emotional one. So instead of sleeping in now, I get up at 4am to do my workouts, for me not for anyone else, I have found with this group of Fabulous women that there is motivation and inspiration everywhere.  Tammy is so intuitive she seems to know how I am feeling even before I do.

I now weigh 68kgs, which is 15kgs lighter than when I started my journey with this amazing group of women. And I’m not done yet! I have also lost the 90kg man that used to live in my head and tell me that I am not worth it. Thank you to Tammy, Jean, Carolyn and all the other wonderful and amazing supportive women, I finally believe I am worth it!

To summarise let me offer a few words of advice, start now, believe in yourself and take back your control. JOIN LIFELINE! 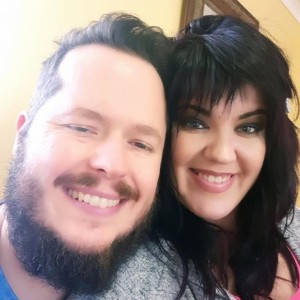